Good news about our ports

Damona is the first electric and zero-emission boat owned by the Port of Brussels, joining sister ships Castor (2006) and Botia (2019), which have been improving the cleanliness of the canal for years.

The name ‘Damona’ was chosen as a tribute to the Gallic goddess of springs and rivers by the harbormaster’s office team who will use the boat on a daily basis.

The Damona was launched on 2 June in the presence of Port of Brussels Minister of the Environment Alain Maron, Chairman Yassine Akki as well as the executive management team.

At the launch of the Damona, the port also announced the construction of a cleaning centre at the southern stretches of the canal, at the Anderlecht lock, where one of the three cleaning boats will be permanently stationed. This is expected to save considerable time and allow for more frequent cleaning.

Alain Maron said: “I want to act ahead of time, together with everyone involved in public cleanliness, to prevent waste from ending up in the canal. This is the aim of the first regional urban cleanliness strategy, on which we are currently working with the municipalities to combat pollution effectively by tackling all its aspects: waste reduction, awareness-raising, appropriate urban planning, etc". 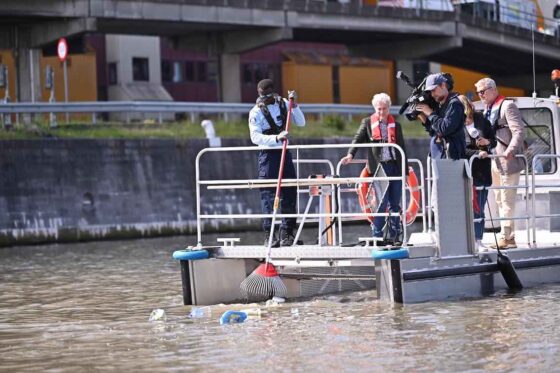 Read the original article (In French)