On 23 October 2019, EFIP members gathered in Strasbourg (France) for their annual Executive Committee meeting and to celebrate the 25th anniversary of EFIP. The event was hosted by the Port of Strasbourg and the CCNR (Central Commission for the Navigation of the Rhine).

During the open session that followed the meeting of the Executive Committee, Mr Wigbert Böhm from McKinsey & Company presented to the EFIP members the “Brave new world?” study which was published in collaboration with TT Club, the international transport and logistics industry’s leading provider of insurance and related risk management services.

The European Federation of Inland Ports (EFIP) also celebrated its 25th anniversary on 23 October 2019 with a reception in the Salle des Fêtes of the Palais du Rhin in Strasbourg. The event attracted more than 90 guests from all over Europe, including representatives of the European Institutions, Member States and River Commissions, Port Directors, and other transport stakeholders.

On the 25th anniversary, Mr Friedrich Lehr, EFIP President, remarked that “as enablers of green logistics, inland ports are able to support the goal of a climate neutral economy by 2050.”

EPP Transport Coordinator Marian-Jean Marinescu underlined that “to increase the modal share of inland waterway transport and rail, inland ports are indispensable hubs that need to be supported in order to address all the transport challenges we have.”

Pawel Wojciechowski as TEN-T Coordinator pointed out that “inland ports connect European logistics across the TEN-T Corridors. As multimodal hubs, they have been important in the European transport network. That is why EFIP’s presence in Brussels has been essential for 25 years and I hope it continues.”

Bruno Georges, Secretary General of the CCNR, graciously hosted the EFIP Anniversary stating that “close and effective cooperation across the sector and among all relevant actors is essential to promote and sustain the further development of inland waterway transport on the Rhine and in the whole of Europe, thus ensuring that the entire sector achieves its full potential. An organisation with such an established position like EFIP is still called upon to play an important role in this fruitful cooperation.” 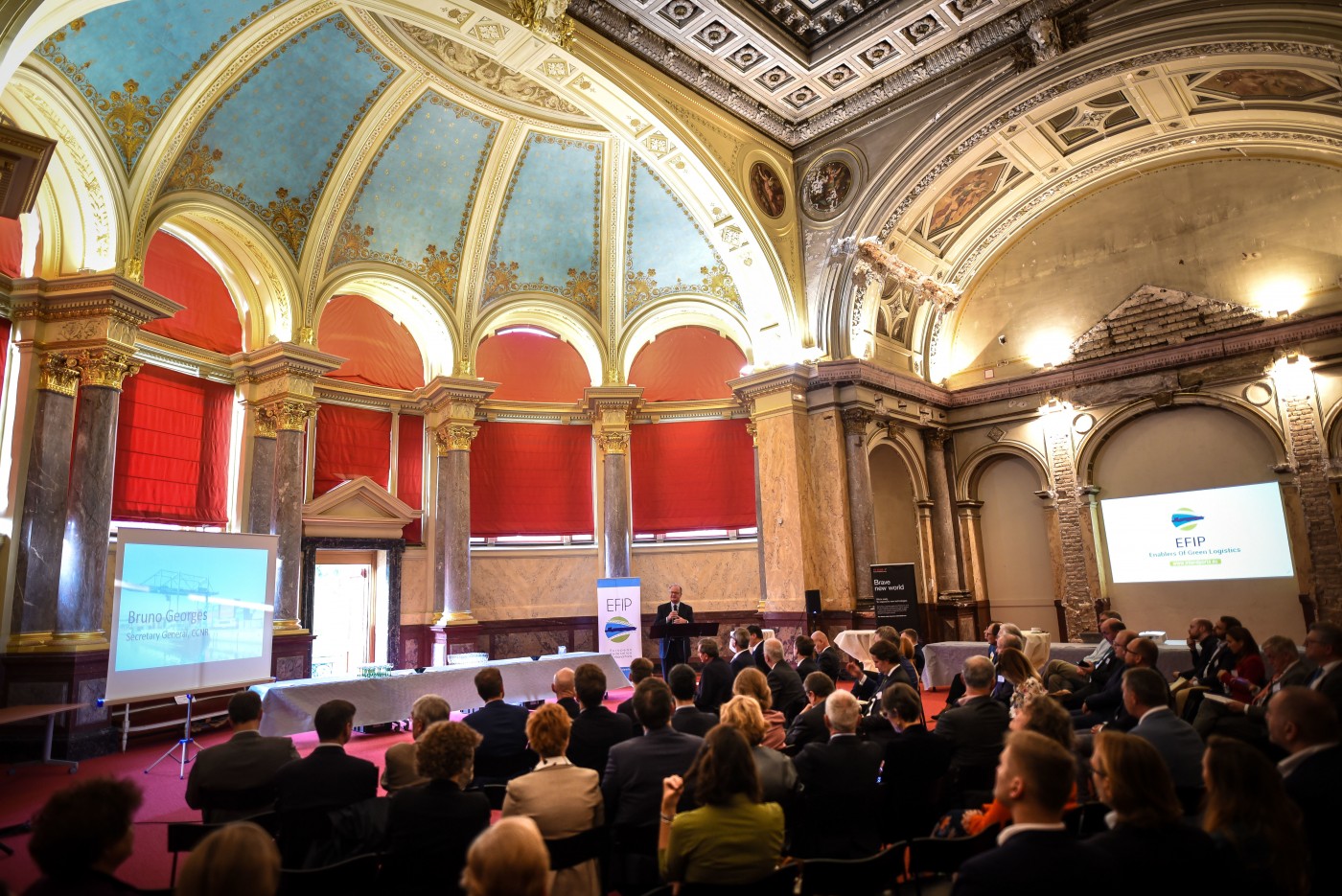 On the 24th of October, a tour was organised by the Port of Strasbourg and the Port of Kehl. These two ports work closely together to maximise IWT trade flows and provide clients with logistical solutions.

Port Director Jean-Louis Jérôme explained that “the business of inland ports is inherently cross-border, especially on the Rhine. If you don’t work together with your neighbors across the border you end up not only hampering your own business but the sector as a whole.”

The European Federation of Inland Ports (EFIP) brings together nearly 200 inland ports and port authorities in 18 countries of the European Union, Switzerland, Serbia and Ukraine.

EFIP actively follows all developments in the field of EU policy that is of importance and represents the inland ports vis-à-vis the European institutions and other international bodies. EFIP offers its members the possibility to exchange information, expertise and best practices with colleagues in other countries.